I vow to abstain from taking life.

I vow to abstain from taking things not given.

I vow to abstain from misconduct done in lust.

I vow to abstain from lying.

I vow to abstain from intoxicants, taken to induce heedlessness.

On The Five Precepts

The following is a talk given by Dharma Teacher Jacob Perl (later Zen Master Wu Bong) at the Five Precepts Ceremony at the Providence Zen Center in September 1973. 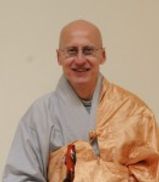 The Five Precepts are a formal initiation into the Buddhist life. They are a declaration of one’s faith in Buddhist practice, and in a deeper sense, faith in oneself. The vows are not meant as absolute ethical standards of what is right and what is wrong; rather, they are meant to help us in our Zen practice.

The actions that we have vowed to avoid can be the cause of many problems and a lot of suffering for those of us who have not attained the realm of no attachment. As Zen students we are taught that sitting Zen means “mind-sitting” in whatever we do. Yet in formal sitting, with all parts of the body in their prescribed position, we usually find ourselves more able to control our mind. Our body influences our mind. Likewise, we have a breathing practice that Soen Sa Nim teaches us to use in times of stress. Our breathing influences our mind, and thinking subsides. Keeping the precepts is meant to have the same kind of influence on our mind as our formal sitting or breathing practice does.

The precepts have a deeper meaning than this, though. They are guides to us, for they constantly point at what Soen Sa Nim calls our “before thinking mind.” We can see this by going beyond the literal meaning of each precept.

The first precept — no killing — is much more than just abstention from physically killing another living thing. In fact, we are in essence inseparable from all beings, and all things in the universe. To cause harm to another is to deny our true nature. The true “no-killing I” is itself the “Big I” whose attainment is the supreme awakening of a Buddha. For us this precept includes not just killing, but all injury to others, whether through body, speech, or mind. In relation to this precept, I’ll tell a short story. Long ago, in China, a bird hunter visited a famous Zen Master and said, “I live in a nearby village with my wife and three children. We are very poor. I don’t know how to farm, and I have no trade. Recently I heard the Buddha’s teaching, and a great desire arose in me to practice it. But I can’t let my family starve. What can I do?” The Zen Master replied, “There is no need for you to change your profession. Just do this: every time you kill a bird, kill your own mind too. Practice this way and all will be well.”

The second precept deals with taking things that are not given. This is more that just not stealing. It means not coveting things in the material, psychological, or in the spiritual realms. Desire stems from a feeling of incompleteness. This precept teaches us to accept ourselves wholly and to make this total acceptance is to become complete, to attain the Buddha state.

The third precept deals with lust, and causes more consternation to many people than any of the others. Traditionally, it meant abstinence from unlawful sexual relations such as adultery. But it also forbids any act done in lust, whether it be eating, sex, or even teaching the Dharma. As such, it points to the desireless, complete Buddha realm. Just as we are taught to respect food, and not let eating become a sensual trip, we simply need to respect sex. What that means to me, and I guess it’s rather simplistic, is that sex should be based on mutual understanding and love. Mindless body groping only obscures our true nature.

The fourth precept — no lying — means honesty with oneself. Honesty is extremely important in our practice. To deceive others is to deceive oneself; to deceive oneself is to lose sight of the Truth. Long ago Zen Master Seong-Am used to open the window that had a view of the mountains, and looking up, he would shout, “Master!” Looking down, he said, “Yes?” “Always keep clear.” “Yes!” “Do not be tricked by people!” “Yes, yes!” So to be honest with ourselves is to see ourselves as we truly are, to see everything just as it is. Like all the other precepts, this one asks us to abandon all imaginings, all attachments, and to become like a clear mirror reflecting all things without distortion.

The last precept deals with intoxicants. An intoxicant is anything that intoxicates. For us this is especially Zen and our great understanding of it, our great practice and dedication to it, and our great compassion to all sentient beings. 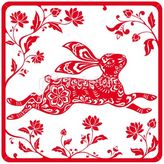 you are in the woods and a rabbit runs by with a hunter chasing it, and the hunter asks you to point the direction the rabbit ran, what will you do? If you tell the truth, the rabbit will die. ? Sometimes lying is the action of a Bodhisattva. Specific actions are neither good or bad. The important point is – why? Is this action done to help others or only for some selfish motive?” I think Suzuki Roshi’s and Soen Sa Nim’s words are an injunction to keep the precepts effortlessly, in other words, to keep a clear mind.

According to Buddhism, good and bad are just thinking, enlightened and unenlightened are empty names. Why keep the precepts? This morning, Soen Sa Nim told us a story about Zen Master Mang Gong. Mang Gong lived in Korea during that country’s occupation by the Japanese. At that time, many Japanese priests and monks went to Korea to establish their style of Buddhism. At a conference to which thirty-one of the foremost leaders in Korean Buddhism were called, Mang Gong among them, the Japanese announced that from then on, Korean monks could marry, drink alcohol, and eat meat, as is done in Japan. Thirty of the Korean leaders were willing to obey their overlords, but Mang Gong rejected the Japanese suggestion. Quoting the Amithaba Sutra, he said, “If one person encourages a monk to break his vows, this person will go to hell.” Then he continued, “There are 7,000 monks in Korea. Where will all of you go? The original is clear and empty. Why did the mountains and rivers appear? If you understand this, breaking the vows is no hindrance, if you do not understand, and break vows, you will go to hell like an arrow. What can you do?”

In practicing the precepts, we will break them many times. It is important not to give up. Breaking the precepts is like falling down when you’re walking. The thing to do is to get up and start walking again, and if you fall again, get up again, keep on trying.

The precepts are to help us cut off our attachments, and when that is done, then all the precepts are kept naturally. And so I will ask you a question. Once upon a time, Zen Master Nam Cheon cut a cat in two with his knife. Was this a good or bad action? If you sit in silence, you are no better than rocks, but all speech is wrong. What can you do?

Your mind now is the mind that keeps all the precepts.