We offer regular Zen practice on Thursday evenings which includes chanting, sitting meditation and walking meditation, consulting interviews. Our weekly practice is offered free of charge, and is open to the general public.

Links to our regular practice chants:

Homage to the Three Jewels,

How to Practice: Our tradition has three major forms of Zen practice: bowing, chanting, and sitting meditation. The forms are very simple, and once you have seen them it is easy to follow along. Follow this link for Sitting Meditation instructions.

If you are new to Zen meditation, or need a refresher, we offer meditation instruction the first Thursday of each month beginning at 6:30 PM. Please arrive by 6:15pm. There is no fee or requirement to preregister. If you are new and coming on a regular practice evening, please arrive 20 minutes early so that we can give a brief orientation prior to practice starting.

Consulting interviews are given by a Sr. Dharma Teacher (Son Do Poep Sa meaning"Good Guide").

Kong-an interviews are offered on the second Thursday of the month (usually via Skype). Kong-ans are a powerful practice tool unique to Zen, used to test the clarity of a student's mind. The traditional kong-ans are recorded anecdotes involving Zen practitioners. Usually kong-ans call for completion, or have an error built into them. Their seemingly paradoxical nature comes solely from our attachment to words, or our clinging to our ideas or opinions. In reality, kong-ans require common sense and compassion. Ultimately every moment of our life can be seen as a kong-an calling for this same common sense and compassion. That is the correct function of our true nature.

Kong-an interviews can only be given by a Zen Master or a Ji Do Poep Sa Nim (meaning "Point Guide").

Dharma talks happen when there is a fifth Thursday of the month or the evening before a retreat. During Dharma talks students and members of the Delaware Valley Zen Center give talks about their own practice with emphasis on the Zen teachings of the Kwan Um School of Zen followed by a question and answer period guided by a teacher.

Directions: Main Street is a one-way street. The church is after the Newark Emergency Center, just past Kelway Plaza on the right. The church's parking lot is behind the church, with handicapped spaces in front. Please enter using the back entrance. 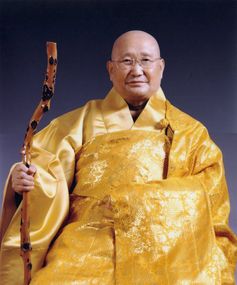 The founding teacher of our School is Zen Master Seung Sahn, the 78th Patriarch in his line of transmission in the Chogye order of Korean Buddhism. In 1972 he came to the United States and started the Providence Zen Center, the first center in what is now the Kwan Um School. He and his students have founded over a hundred temples, centers, and groups around the world. His books include Ten Gates, The Compass of Zen, Dropping Ashes on the Buddha, Only Don't Know and The Whole World is a Single Flower -- 365 Kong-ans for Everyday Life. 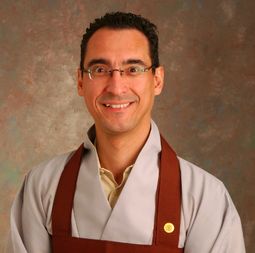 José Ramírez, JDPSN is the Guiding Teacher of the Delaware Valley Zen Center, which he helped found in the Spring of 1999, the Monkey Mind Zen group in Philadelphia, and a guest teacher at the Providence Zen Center. He also serves as the guiding teacher of the Providence Zen Center Dharma School. He has been practicing in the Kwan Um School of Zen since 1994, and received Inka in April 2009. He has a degree in mathematics from the Universidad Simón Bolívar in Caracas, Venezuela, and a Master and Ph.D in statistics from the University of Wisconsin-Madison. He works closely with engineers and scientists to help them make sense of data. He lives in Rhode Island with his wife and daughter 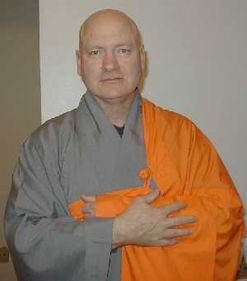 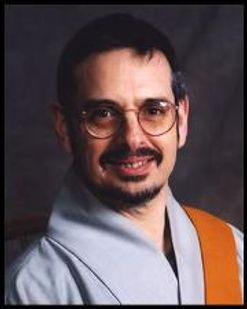 Zen Master Wu Kwang (Richard Shrobe) is Guiding Teacher of the Chogye International Zen Center of New York and lives in New York with his family. Before he began practicing Zen he studied intensively with Swami Satchidananda, living with his wife and children for four years at the Integral Yoga Institute in New York. He has a Master's degree in Social Work and did six years of postgraduate study in Gestalt, including training with Laura Perls. He has been director of a drug program, and has served as an instructor in psychiatry and Gestalt therapy. He started practicing with Zen Master Seung Sahn in 1975 and was given inka in 1984. He received dharma transmission on August 1, 1993. A former piano player, his undergraduate training was in music, and he also studied with jazz pianist Barry Harris. Currently he has a private practice in psychotherapy specializing in the Gestalt approach. 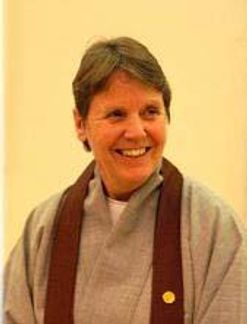 Zen Master Soeng Hyang (Barbara Rhodes) is the School Zen Master and Guiding Dharma Teacher of the Kwan Um School of Zen. She received dharma transmission from Zen Master Seung Sahn on October 10, 1992. She was one of Zen Master Seung Sahn's first American students and studied with him since 1972. She was given inka in 1977. A registered nurse since 1969, she works for Hospice Care of Rhode Island. She helped found Providence Zen Center, and lived there for seventeen years, serving in a number of administrative capacities. Zen Master Soeng Hyang has a daughter and lives with her partner, Mary, in Providence, RI. 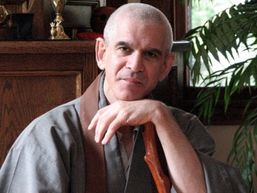 Zen Master Jok Um (Ken Kessel) received transmission in April 2017. He began studying with Zen Master Seung Sahn in 1975. He is a Licensed Clinical Social Worker and a psychotherapist, working with children and families in foster care, substance abuse, outpatient and inpatient mental health and therapeutic preschool settings, as well as in private practice. He specializes in infant and early childhood mental health. He is guiding teacher for New Haven Zen Center, Hwa Um Sa-Orlando Zen Center, Gateless Gate Zen Center (Gainesville) and Cypress Tree Zen Group (Tallahassee). He also teaches at the Chogye International Zen Center of New York, as well as at other Zen Centers and affiliates.